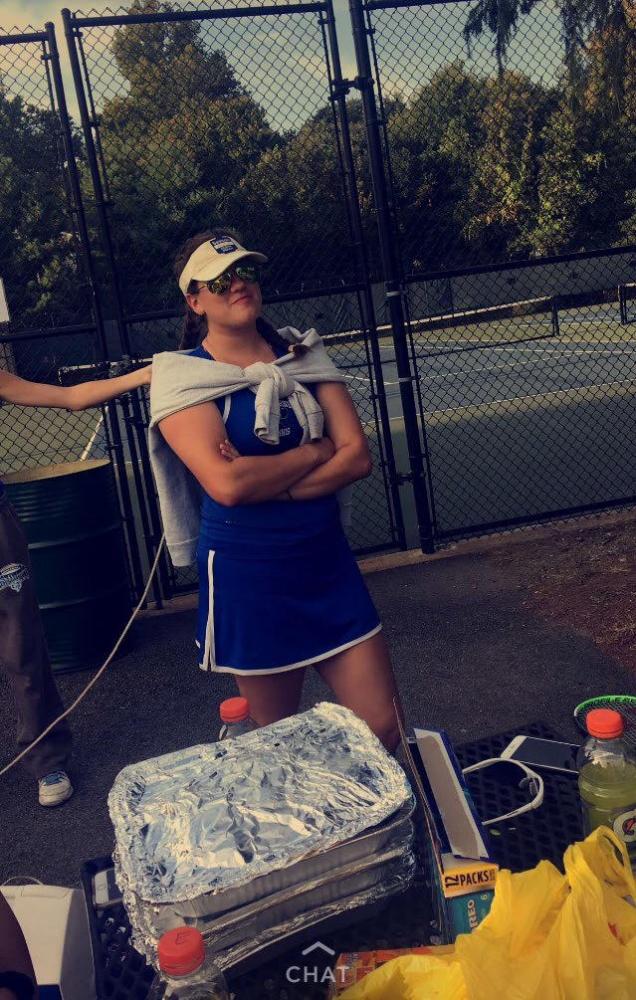 Jacquelyn Hampson is a junior tennis player here at Hawthorne high school. She’s been playing tennis for three years now and has been killing it since she started. Jacquelyn won 1st team all-league and honorable mention all county last year.

She went to the semifinals in county and beat DePaul Catholic and PCTI, but sadly lost to Pompton Lakes. As well, she’s 3rd in the county out of 15 teams. The Clarion was so impressed with Jacquelyn’s work we just had to set up a meeting and ask our star tennis player a few questions.

Clarion: How many matches have you won this year?

Clarion: What position do you play?

Jacquelyn: I love my teammates! But sometimes it’s hard to remember I’m not only their peer, but their captain as well. But they’re all lovely girls with amazing skills.

Clarion: Are there any specific techniques you use?

Jacquelyn: Slice, it’s a technique used to shorten the stroke to make the other player run using a lot of backspin.

Clarion: When you’re out there playing how do you feel?

Jacquelyn: I get frustrated when I make a mistake and sometimes it affects the rest of my game: but I really do enjoy playing the game and making good shots.

Clarion: What is the reason you play tennis?

Jacquelyn: My older sister played tennis and it had a great influence on me.

Clarion: Would you consider making tennis a professional sport why or why not?

Jacquelyn: I’ve always dreamed of going to Wimbledon (major tennis tournament), and have hoped to gain the ability to.

Clarion: Do you plan on playing tennis in college?

Jacquelyn: It depends on if the college offered it or if a college seeks me out but, honestly I would like too.

Clarion: Who is your role model or inspiration when it comes to sports?

Jacquelyn: This may sound cheesy, but definitely Serena William’s. She is such a powerful woman and tennis player and ever since I began playing I have looked up to her.