Goldberg Brothers: Alumni to be Proud of 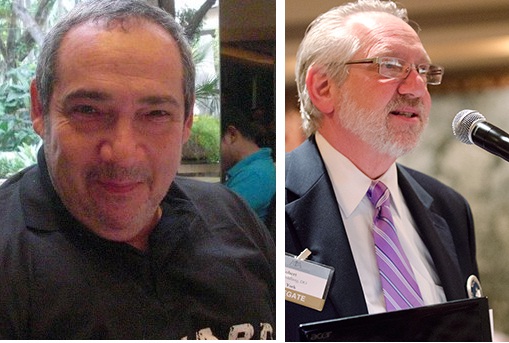 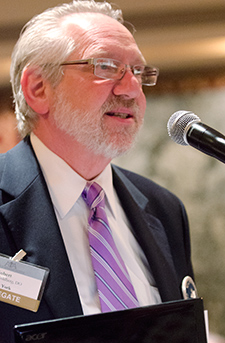 Hawthorne’s beloved mayor, Richard S. Goldberg, is well known around Hawthorne High School as a very successful leader. Most people don’t know, however, that Mayor Goldberg has two siblings, Robert and Mark, who are as equally successful.

Hawthorne High School alumnus, Robert Goldberg, DO (class of 1970), is the Dean of Touro College of Osteopathic Medicine in New York City, which opened in 2007. According to the Mission Statement posted on the school’s website, Touro College of Osteopathic Medicine is “committed to increasing the number of underrepresented minorities in medicine and training physicians committed to primary care medicine in underserved communities.”

Dr. Goldberg graduated from Rutgers University in 1973 and majored in Biological Science.  Goldberg then went to Philadelphia College of Osteopathic Medicine and opened his own private medical practice. Eventually, Dr. Goldberg left that career behind to work at Touro Medical School. “This job allows me to live my vision for social justice,” said Goldberg, who has also served as President of the Medical Society of the State of New York. Since Goldberg became Dean of the Touro College of Osteopathic Medicine, the school has graduated two classes. The graduates are serving residencies across the country at institutions including Columbia Physicians and Surgeons, Johns Hopkins, the Mayo Clinic, Walter Reed Army Hospital, New York University, the Cleveland Clinic, Trinitas Regional Medical Center, St Barnabas Medical Center and many others. The college presently enrolls 540 students. For 30 years, Dr. Goldberg has focused his attention on law and medicine; he is currently working on narcotics abuse.

Dr. Goldberg explained how Hawthorne High School shaped him into the person he is today, saying: “HHS taught me how to enjoy and value… not change the people around me.”

The success of Dr. Goldberg’s older brother took a very different path. Mark Goldberg (HHS class of 1968) attended Georgetown University in Washington, DC, after high school graduation. He majored in International Affairs and minored in Political Science.  After taking some time off to work at sea on a ship and live for about a year in Santo Domingo, Dominican Republic, Goldberg returned to college and got his bachelor’s degree in 1974. In 1977, Goldberg earned his master’s degree at New York University in Greenwich Village, New York City. In the early 1990s, Goldberg taught U.S. and Latin American History in a southern California community college.

However, teaching did not remain Goldberg’s career for long. He admits that he has been a ship lover and traveler since his early childhood and has built a highly successful career around that interest. “Working aboard ships gave me the chance to spend my working life with the thing I love best…” said Goldberg, “SHIPS!”  As a purser, Goldberg was involved in keeping the ship’s accounts in order—that included the ship’s port papers, acting as the ship’s banker and cashier, information giver, complaint department, and problem solver. He usually had to cook for the ship. “I once cooked for and co-hosted a dinner for 137 crew members of the galley, dining room, and bar department,” said Goldberg. Goldberg has also done onboard cruise sales and was director in two ships. On shore, he worked in marketing ships. In the 1990s and early 2000s, he was a travel writer and cruise editor for an Internet travel website. In over 30 years of working onboard and ashore, Goldberg has worked a total of 14 ships.

The opportunity to work in this industry gave Goldberg the chance to learn other languages. German, Greek, Italian, and Spanish are the four of the eight favorite languages he speaks. “I speak, read, and write 16 different languages, but also play in another four,” said Goldberg.

Goldberg also specializes in the history of the American Merchant Marine and has built a career as a writer in this area.  Five volumes that Goldberg has written in the American Merchant History Series are in print (and available in the Hawthorne High School Library Media Center), while another 12 are nearing completion. Goldberg says that as a trained historian, writing these books helps him learn almost all he wants to know about the ships he covers.

Despite his world travels, Goldberg is proud to call Hawthorne his hometown. “I am so proud to have graduated from HHS!” said Goldberg. “My class seems to have produced a remarkable group of people both personally and professionally.”  He is also proud of his little brother, Mayor Rich Goldberg.