The Diamond: Its Brutal Journey 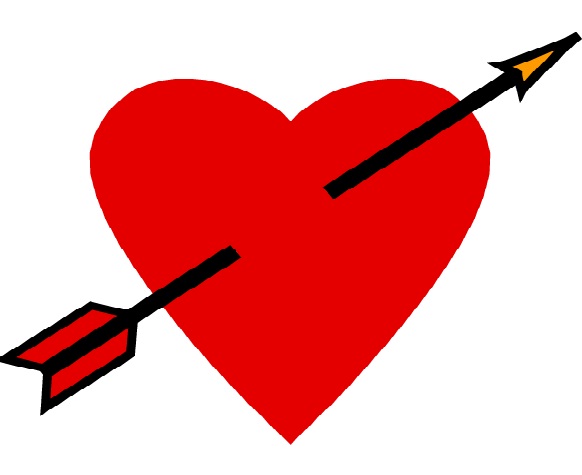 As Valentine’s Day draws near, many begin to think about buying a precious gift for a loved one. The possibilities are endless; however, it is the diamond that best demonstrates devotion and bond. Consisting of a clear and typically colorless crystalline form of pure carbon, the precious stone represents both infinite love and power. Unfortunately, behind the glitter of this highly valuable jewel is a brutal story that tarnishes its appeal.

Nearly impossible to trace, diamonds are currency that fuel machines of terror. An article called “Conflict Diamonds” in Global News states that diamonds have funded brutal organizations in Africa and have been used by terrorist groups for money laundering purposes.

Among the most noted regions that have suffered from such exploitation is Sierra Leone. In the 1990s, the mineral empowered factions in the impoverished West African nation. In a CNN article called “How Diamonds Fuel Africa’s Conflicts,” Paul Armstrong reports studies revealing that at the height of the civil war in Sierra Leone, four percent of the diamond market had been bought as conflict diamonds. Throughout the civil war, the Revolutionary United Front (RUF) was held accountable for prolonging the war using diamonds. In the article “Sierra Leone Rebels Guilty of Crimes against Humanity,” Katherine Iliopoulos states that the RUF, with the assistance of Armed Forces Revolutionary Councils (AFRC), has led a systematic assault on various civilian populations in Sierra Leone. Acting as a force of brutality, the group was led by Charles Taylor, who would later became President of Liberia. The article “History of the Conflict,” in Global Witness notes that the RUF would hack off limbs as a way of marking victims. These groups would also use the populations as forced labor and force them to excavate these stones, using the most primitive methods possible.

In “Sierra Leone’s Diamond Still a Source of Contention,” Tamasin Ford reports that diamonds no longer hold the same impact today, but are still a contentious issue. In Koidu, the capital of the mining district of Kono, women and children make up a large portion of the labor force and continue the vast excavation of diamonds. The problems that cloak these regions are often tribal, political, and result from a power vacuum. Although natural resources were not the root cause of these conflicts, they do finance them, thus prolonging them.

Another nation that has fallen victim to this gem is the Democratic Republic of Congo (DRC). Having an estimated population of 62 million, the nation houses an abundance of natural resources. But internal and neighboring conflicts have stopped these riches from getting to the average Congolese. With a Gross Domestic Product per capita of $700, the average Congolese suffers from poverty, malnutrition, and constant danger. Phil Cahill’s MSNBC article “A Diamond’s Journey: A Beginning” has concluded that the vast diamond resources in the nation have fueled wars in Angola, Namibia, Rwanda, Zimbabwe, and Uganda. Such chaos, spanning from 1998-2003, resulted in four million deaths. The nation also served as a smuggling route for many rivaling factions. Cahill notes that an estimated 65 percent of the roughly 130 million carats mined annually across the world originate in Africa, predominantly in South Africa, Botswana, Namibia, and the DRC.

In response to the growing concern of flooding the market with conflict diamonds, leaders of South African diamond-producing states met in Kimberly, South Africa, in May 2000, in an effort to put an end to such corruption. On November 28, 2002, negotiations and talks led to the creation of the Kimberly Process. In Armstrong’s article, he reports that the Kimberly Process requires the 76 participating countries to refuse diamonds that come from conflict zones. However, the organization does not seem to have accomplished its major objective. According to Amy Barry of Global Witness, the lack of political and military enforcement has yet to enable the organization to perform efficiently. Regions such as Zimbabwe are still mined by syndicates and military groups, with little regulations and concerns towards the miners. Those who don’t mine or participate are often killed on sight or have their families slain. The lack of participation in the Kimberly Process can be seen through the words of Farai Maguwu found in a BBC article by James Melik called “Diamonds: Does the Kimberly Process Work?” Maguwu said: “Soldiers have been accused of illegal panning activities and they are primarily responsible for mining the diamonds, which are being exported through undesignated points to neighboring countries and the rest of the world” Furthermore, he asserts that “women have been gang-raped by soldiers and police and these substantiated allegations are very unacceptable and show that Zimbabwe is not complying with the minimum standards of the Kimberley Process.”

In the U.S., the process is enforced by the Clean Diamond Trade Act. Introduced in 2003, the law requires the enforcement of the Kimberly Process and an annual review of any U.S. entity that issues Kimberly Process certificates to exported diamonds.

However, once diamonds hit the market, it is hard to trace their origins to distinguish the clean from the dirty. Used by many organizations, diamond ores are hijacked and used to flood the market with these diamonds. Once a consumer buys a diamonds, that person finalizes the long journey that may have spanned several thousand miles, covering places such as Europe, Africa, and India. Along the way, the gem may have become stained with the blood of lost lives and corruption. The inability to perceive the direction of the diamond’s flow into the market can be seen through the words of Ian Smilie, a former Kimberly process officer: “The government in Congo has no idea where 40 percent of its diamonds come from – they could be coming from Angola or Zimbabwe or even from Mars.”

Before embarking on a quest of purchasing a gift for your loved ones, just bear in mind that there are those who have shed blood and tears in order for you to give such gifts. When considering buying a diamond from a jewelry store, attempt to determine if the displayed stones have arrived from safe areas of the globe. No one today is advocating a complete boycott of diamonds (although such an approach was made by many back at the early-2000s). But caution is advised. When on the verge of buying a diamond, ask yourself this question: How did it get here?