The Case Of O.J. Simpson 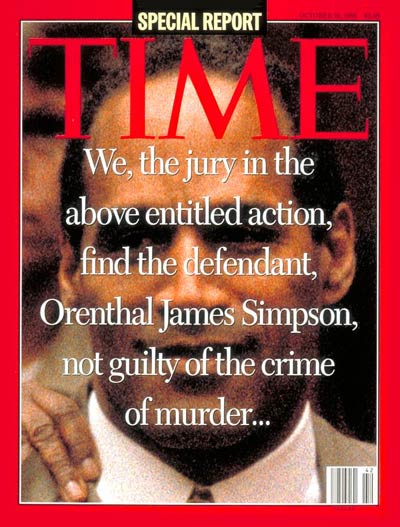 Orthenal James Simpson ”The Juice” was a former football running back who was born on July 9, 1947. He was a very popular figure known for his athleticism, his good looks and even his acting. With a net worth of 3 million, O.J Simpson was living the good life.

The murder scene was found by a a dog who a neighbor was out walking throughout the Brentwood neighborhood. He immediately called the police and officers rushed to the site to investigate. Once they found out who was murdered they rushed to blame the killing on O.J. Simpson due to how it was his ex wife that was murdered. Goldman was a friend of Nicole’s.

O.J. was then arrested and was accused of committing both murders. Eventually the “Juice” was acquitted on both counts.  The trial spanned for about eleven months. He was represented by the referred “Dream team” led by Robert Shapiro. Johnnie Cochran also took part in representing O.J..

For just one moment, read these facts:

O.J. was told to try on the gloves found on his property to prove that he was indeed at the crime scene that evening…and the gloves ended up not fitting.
Nicole Brown’s DNA matched the one found on O.J.’s property and that made many think that he actually might have been the killer. Although the DNA was found on his property there was an investigator who took it home and stayed with it throughout the night which is something someone should never do.
O.J.’s lawyers stated that this investigator could have tampered with the evidence as a form of setting O.J. up.
Right after the incident one of the officers was found guilty of racism and an article showed his strong dislike towards African Americans.

On October 3, 1995 the jury sided with O.J. and he was found not guilty of both murders. Although there was evidence pointing to O.J. as the killer, there were many signs of racism and a sense that maybe the police were “framing” O.J. for these murders.

So…do you think the Juice did it? let the Clarion know.