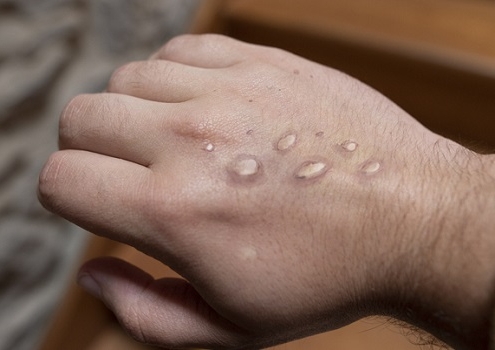 Monkey pox vesicles in a hand

If you have been listening to the news media coverage of Monkeypox, one would assume that this disease is something new.

In reality, Monkeypox was first discovered in 1958. The first human case of it was reported in 1970. It was first recorded in the Democratic Republic of Congo.

So what is Monkeypox? Monkeypox is a rare disease that is caused by exposure to the monkeypox virus. Some starter symptoms could be a fever, headache, muscle aches, backache, swollen lymph nodes, chills, and exhaustion.  Another big symptom is a rash. Big bumps can form all over one’s body and can spread to others.

Monkeypox can be spread by direct contact with the body fluids of an infected person or with virus-contaminated objects. So it is easy to catch this virus. According to the CDC, “there is currently no proven or safe treatment for monkeypox, and most people recover and survive without any intervention.”

Let’s hope this new virus does not turn into the Covid outbreak we had a few years ago. So be safe!